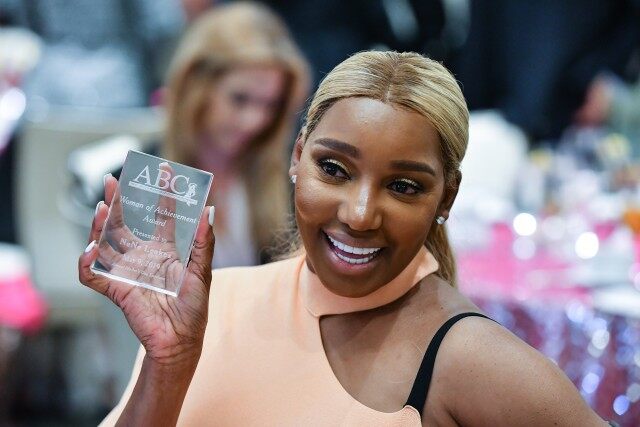 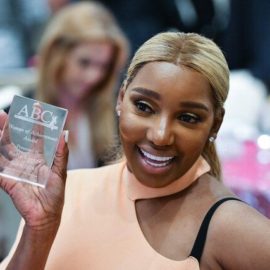 “The Real Housewives of Atlanta star was all smiles at the Associates for Breast and Prostate Cancer Studies’ Annual Mother’s Day Luncheon in Beverly Hills on Thursday, where the organization honored her with their “Woman of Achievement” award for her cancer advocacy work. The event benefits the John Wayne Cancer Institute at Providence Saint John’s Health Center in Burbank, California. The organization has raised millions of dollars for cancer research since its launch in 1990.

“I couldn’t even believe that said, ‘NeNe Leakes,’ OK?” the 51-year-old gushed to ET about the honor on the red carpet. “Like, what you saying about me? It means a lot to me, it really, really does. You know, as you know, my husband, [Gregg], was diagnosed with stage 3 colon cancer and ever since then, we have been all over this whole cancer thing, because it was devastating to our family. But, I’m happy to say today that Gregg is much better. We don’t know that he is free of cancer, but he’s much better.”

Gregg’s cancer battle put a strain on his and NeNe’s marriage, which was well documented on season 11 of the Bravo hit. At one point, NeNe admitted to considering a second divorce from her husband. Today, though, NeNe says she and Gregg “are doing good.”

The frustration came through on RHOA, especially at the season 11 reunion. The tension between NeNe and all of her co-stars was evident on screen, with even host Andy Cohen appearing to get agitated. When ET asked NeNe how she felt about that reunion and her co-stars today, her representative intervened. ET has chosen to include the moment in our coverage after learning that NeNe’s team streamed the interview in-full on Instagram live. The clip has since circulated on Twitter and Instagram. 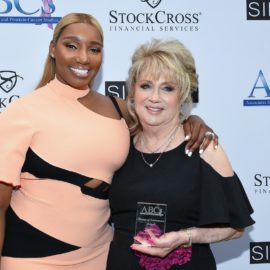 But, judging by her attitude on the carpet, the fun, bright NeNe fans first fell in love with on RHOA is back, and fully reinvested in her marriage.

“Gregg is doing great,” she notes. “He took a body scan, I think, two days ago, a PET scan, to see if there is any cancer in his body, if it has spread anywhere, and he’ll get the results next week. Fingers crossed, I know he’s good. He looks good. He lost weight and the way he lost, it looks amazing on him. So, I know he’s good.”” 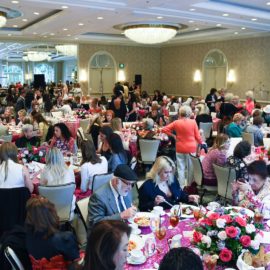